Natick High School is an urban/suburban public high school serving approximately 1700 students in grades 9–12.  It rates quite well in academic performance, with state standardized test scores vs. state averages of 96% vs.91% in English, 92% vs. 53% in Science, and 91% vs. 79% in Math.  The school also has a strong arts program: in drama it produces two full-length plays each year; it has an award-winning, nationally-recognized speech and debate team that won the Massachusetts Forensic League State Championship and has had multiple state and national champions; its music program provides students with a rich selection of vocal and instrumental ensembles including Concert Choir and Symphonic Band that have won gold medals in state competition.

My presentation was organized by Social Studies teacher Justin Voldman to an audience of several sections of Holocaust and Genocide and of Genocide and Human Rights.  In addition, many English, social studies, and world language teachers brought their students to it. Approximately half of the students take the Holocaust elective at some point in their time at Natick.  Student preparation was evident by their thoughtful questions during the Q & A.  My talk was also attended by Natick teachers Kari Ann Dally, Laura Jones, and Maggie Hall, and it was arranged by Jeff Smith and Judi Bohn of Facing History and Ourselves. 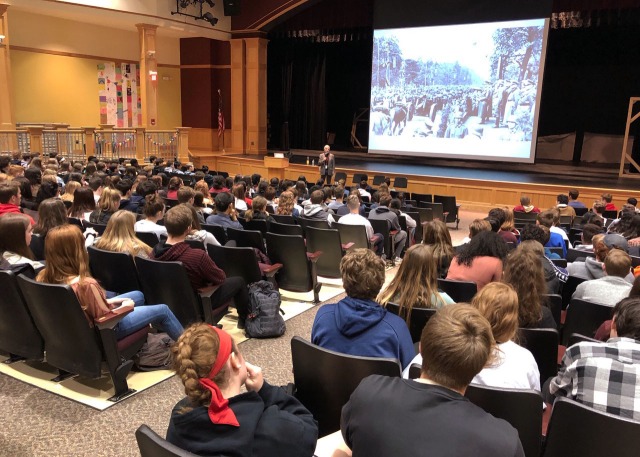 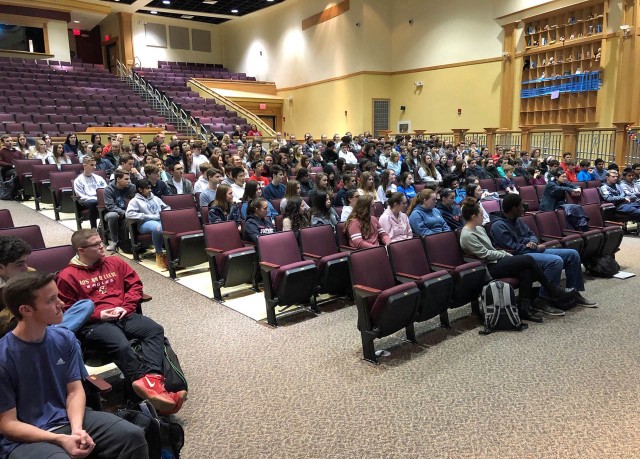 with Christian, Michael, and Connor